Based in Chicago for over 25 years, RN Realty LLC together with its affiliates provides performance oriented brokerage, acquisition, development and real estate advisory services to owners, tenants, lenders and other entities seeking professional real estate services.

Our services are formulated to provide innovative but workable solutions for clients who need to quickly implement a plan of action for their particular real estate needs. Advisory and project management services are provided with the care and attention to detail of a committed owner and experienced operator. Our strategies are designed for each particular asset and in accordance with ownership’s goals and objectives.

In partnering with RN Realty, our clients receive the attention and direct lines of communication they deserve from our principals. Our ultimate measure of success is results. Consequently, commitment to obtaining results is paramount and a significant distinguishable trait from others in the industry.

“We are a small firm performing Big Firm work!” 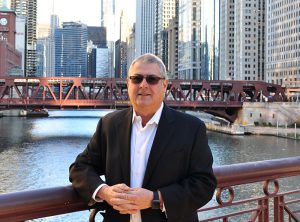 Leigh S. Rabman is principal and President of RN Realty LLC and brings 30 years of real estate and financial experience to the firm.

Since organizing RN Realty in 1991, Leigh has transacted a variety of acquisitions, developments, sales, leases and financings. He has also assisted owners with debt and equity structuring, as well as provided a variety of real estate consulting services.

During this period he lead a variety transactions with several public companies as well as national and regional retailers. Additionally, he has provided management and disposition services for a number of financial institutions and acted as Court appointed Receiver.

Leigh has personally negotiated leases with national tenants such as Bed Bath & Beyond, Staples, CVS/Pharmacy, Bank of America as well as national office users and healthcare providers.

Leigh graduated from the University of the Witwatersrand, Johannesburg, South Africa and is a Chartered Accountant. He is a member of a number of associations and served as an active member of the Building Owners and Managers Association’s (BOMA) lease task force, is a member of the International Council of Shopping Centers (ICSC) and is also a licensed real estate broker in the state of Illinois. He is also associated with Vistage International a worldwide CEO organization.

Leigh is married and has two adult daughters. The family is supportive of several charitable and cultural organizations.

Noah has been with the firm since February of 2008 and can be credited with establishing RN Realty’s brokerage division. With well over a decade of real estate experience, his first several years were spent with LaSalle Bank (now Bank of America) in their commercial lending division. Since then, Noah has built a diverse client base, taking on various roles including site selection for national retailers, investment sales, tenant and landlord representation and assisting banks with distressed properties.

Noah attended Indiana University’s Kelley School of Business and graduated with a double major in Finance and Entrepreneurship. He is an active member of the International Council of Shopping Centers (ICSC) and a licensed managing broker in the states of Illinois and Indiana. Additionally, Noah is a founding member of the National Down Syndrome Society’s Postsecondary Education Scholarship Initiative. Noah and his wife live in Chicago’s Southport Corridor with their two young children and enjoy all that the city has to offer…. and cheering on the Cubs.

RN Realty acquires and develops both as principals and joint venturers and for third parties.

View our latest available properties in the Chicago metro area including downtown and surrounding suburbs.